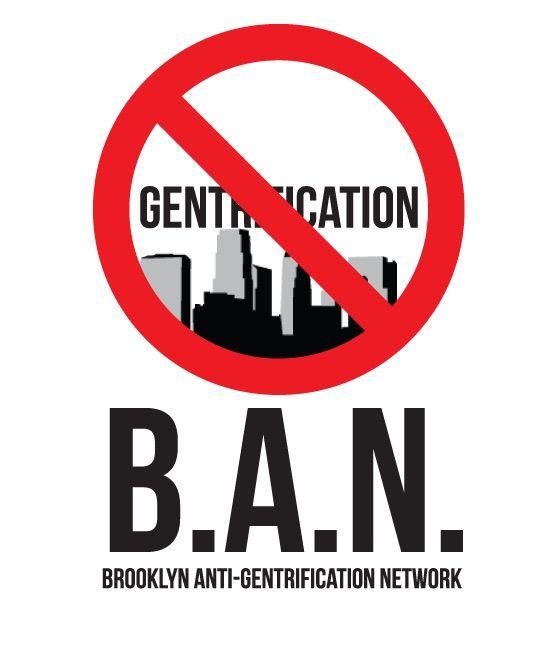 Demands of the march include:

The City has squandered and mismanaged public assets to enrich developers while the people they serve face impoverishing rents and landlord harassment, loss of small affordable businesses, and crumbling public transit and parks systems. BAN challenges the de Blasio administration and politicians who run on platforms of fighting inequality while perpetuating the tale of two cities.

The Campaign for an Elected Civilian Review Board

Coalition for the Revitalization of Asian American Studies at Hunter (CRAASH)

Co-Editors of Zoned Out! Race, Displacement, and City Planning in New York City

The Community Development Project of The Urban Justice Center

The Family of Saheed Vassell

The Family of Shantel Davis

Justice For All Coalition

Movement to Protect the People (MTOPP)*

My Brooklyn, LLC, The Producer of the “My Brooklyn” Documentary

The New York City Chapter of the National Lawyers Guild

OD for the People

Brooklyn is Not for Sale: A Calendar Alert from Occupyradio.net: Click Here

What is Blockchain? Well, it seems that Blockchain is catching the eye of advertisers. Adweek has just created a newsletter and is posting stories about Blockchain. Now things will start to get crowded around here, so hold on to your bitcoins. Here is a story Adweek has explaining Blockchain: Click here

Join Howie Hawkins tomorrow, at New York City Hall, at 11:00 A.M. to discuss his housing plan for New York State/City. Here is what he will discuss:

Hawkins to Outline Affordable Housing Plan for New York City and State
Howie Hawkins, the Green Party nominee for Governor, will release his affordable housing agenda at a news conference on the steps of City Hall in Manhattan on Friday, August 24 at 11:00 AM.
Hawkins will discuss steps to strengthen rent control, including repealing the Urstadt Law to restore home rule on NYC rent regulations. He will address the issues of homelessness, gentrification and displacement under Mayor de Blasio housing policies, and how to finance repairs at NYCHA and also build new public housing to relieve the housing affordability crisis. NYCHA needs $32 billion over the next five years to fix problems with lead, mold, elevators, boilers, roofs, and other repairs.
Unaffordable housing is a statewide problem. Over 50% of New York renters pay more than the federal affordability standard of 30% of household income. More than 25% pay more than 50% of their income in rent.

A Fast Track to Nowhere
To say that the NYC Transit System is in deep trouble would be an understatement. And now that the head of the New York City Transit Authority has had his first town hall with the people, Mr. Byford will be passing around the hat to start funding the repair projects. The only problem is that no single group has $38 billion dollars to give him. All levels of government, federal, state and city are going to have to find ways of funding the repairs that are needed.
To get a more detailed account of the meeting, follow this Curbed article here:https://ny.curbed.com/2018/8/22/17769068/nyct-fast-forward-plan-subway-repair-andy-byford-town-hall
Green Party Candidate Howie Hawkins
With all the banter about the coming debate between Cynthia Nixon and Andrew Cuomo, let us not forget that there are other candidates running for New York Governor. Listen to the Black Agenda's interview of Howie Hawkins, Green Party candidate for Governor.https://soundcloud.com/user-208734627/black-agenda-radio-week-of-july-23-2018

Black activist jailed for his Facebook posts speaks out about secret FBI surveillance. We can't have secret laws. This is not the Soviet Union! We have free speech in this country. (The Guardian) https://bit.ly/2jSvLvk

Sunset Park Will Never be the Same!

New plans have been disclosed by bklyner.com today for three residential towers to rise at 8th Avenue and 62nd in Sunset Park across the street from another newly planned complex reported last week. Nothing has been reported yet from Community Board 7, or from City Councilman, Carlos Menchaca. (bklyner) https://bklyner.com/sunset-park-mega-development/

What Has Happened to Our Way of Life?

So many, year after year face considerable hardship just trying to stay ahead of the bills. Each year lines at shelters grow, more people living in the street or people living in their cars. Teachers in Calfornia are having to live further away from schools because they can not afford to live closer. What is going on here? And how are we going to fix it?

Every day we read about how wealthy the rich are becoming and how the rest of us are losing the battle. Capitalism apparently, is not for everyone. Where have all the unions gone. The unions that made us strong have ridden off into the sunset. What happened?   https://bit.ly/2Bhqk4P

New York City is Playing Monopoly with Your Lives!

Last week, the City Council approved the rezoning of Inwood and again, no one listened to the requests of the people. Just like Harlem, Jerome Avenue, the Brooklyn Armory and Chinatown's Extel Building no one from the city listened to the people's cries. Neighborhood after neighborhood is being rezoned from under the residents. And no longer can we ask, "Who Owns the City?", we know who owns the city, it's the developers and city officials.

When Mayor de Blasio was elected he proposed his Housing Plan. It was applauded for being a great Progressive idea, but in reality, it was setting up the city for developers and began to push the low and middle-income people out of New York. Read this opinion from the (Daily News) https://nydn.us/2Mur1Zx

Does de Blasio have another option for NYCHA?

While the city still has to deal with 62,000 homeless every day, NYCHA and its 600,000 residents carry a heavy burden for the Mayor. With cuts looming from the federal government and maneuvering the lies from NYCHA management about adhering to federal laws, the mayor must find money to better manage NYCHA. This week he did a 180 on plans to build in Hell's Kitchen. A plan that had promised 100% affordable apartments, now may turn into 75% market rate apartments.  Considering the building cost of managing NYCHA should we give the mayor a pass on this deal? https://nydn.us/2M8MVo5

The Big Sleep Out to Help the Homeless

On August 20th, Covenant House with volunteers from Broadway, film and the Television industry will have a sleep out to help end homelessness in New York. If you are part of the entertainment industry, please come out to help. To register to join: https://bit.ly/2MfjCkO

Brooklyn is Not for Sale

In its constant struggle to save Brooklyn from developers, the Brooklyn Anti-Gentrification Network is preparing for its annual march. Here below is an email we have received from them. Please join to stop the gentrification of Brooklyn.

We are seeking your endorsement for the #BKMarch2018  against Racism, Gentrification and Police Violence.

We are marching from #Flatbush to #SunsetPark this year

Here are the RALLY SPOTS for #BKMarch2018

1. Flatbush !!! Start at Parkside Avenue subway stop at 11 am

We Need Your Support Our friends from Citywide Alliance Against Displacement are asking for help. Please come out and help these people get back into their homes.

The tenants of 85 Bowery are resuming hunger strike on May 30th at 11am in front of City Hall!

The Bowery tenants--including babies and seniors--were displaced in the cold night of January 18, by their landlord Joseph Betesh in collaboration with City agencies with the excuse of making repairs. Since then, these families have been homeless, forced into cramped conditions. The Bowery tenants’ actions to go back home, including a 5-day hunger strike, made the Mayor's Office oversee the repairs. Nevertheless, Mayor de Blasio not only has allowed Betesh to keep delaying the repair process, but has acquiesced in his most outrageous act--tossing the tenants’ belongings into dumpsters!

This time, the hunger strike will be in front of City Hall to denounce Mayor de Blasio's role in helping landlords evict tenants and facilitating displacement of communities across the city. He has been pushing for pro-developer rezoning plans, while refusing to pass community-led rezoning plans like the Chinatown Working Group plan. For a mayor who prides himself on being a protector of working families and immigrant communities, this is shameful.

ENOUGH IS ENOUGH! On May 30th, the 85 Bowery tenants are resuming their hunger strike. They are fighting to go back home and are taking the lead to put an end to De Blasio's displacement agenda.

The tenants and supporters demand that Mayor de Blasio:

· Stop having City agencies evict tenants on behalf of landlords

Would you like to stand with the Bowery tenants and grow our force to fight for our communities and hold the City accountable for displacement? Please fill out the volunteer form using the link below to join our fight!